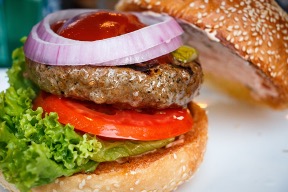 The restaurant scene just got a whole lot stronger thanks to an owner of two already iconic establishments in Boise.

Since the 1950s, The Capri has delivered home-style meals in Boise before it was taken over by new ownership in 1998. It’s left quite an impression ever since. Regulars cannot forget the Rudy the Rooster that graces the building’s roof. Delsa’s also has history. The W. Ustick Road location opened in 1961.

Delsa’s in Boise also serves Capri’s entire lunch and dinner menu, so the new operation will build on that incredible two-punch combo in Meridian, perfect for the entire family.

The Capri in Meridian serves home-style breakfast and lunch from 7 a.m. to 3 p.m. every day. Here’s what else you’ll find on the menu.

Egg breakfasts are big at The Capri. Customers can pick from a variety of classic combos with eggs, hash browns, steak, chicken fried steak, ham, pork chops and other breakfast diner favorites. Every kind of omelet is also made to order.

Don’t forget to try their best seller: the biscuits and gravy, which can be ordered “loaded” with gravy, bacon, green onions and cheddar cheese. For those who do not eat meat, they can go for the veggie hash browns with broccoli, spinach, onion, peppers, mushrooms, tomatoes and cheese.

French toast, hotcakes and homemade cinnamon rolls are also staples. For lunch, there’s plenty of meals on buns and bread to choose from, including the Capri Super Burgers with 1/3 lbs. of Angus beef.